Well after a few quiet weeks busy with work and other jobs I had a week off so decided to make plenty of progress with the car.

This week we have re fitted the glass in the back of the car, bolted the body work down, wings bolted in place, checker plate riveted back to the wings. 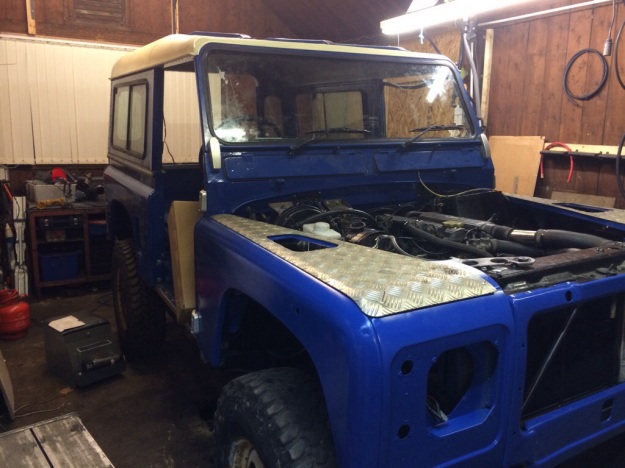 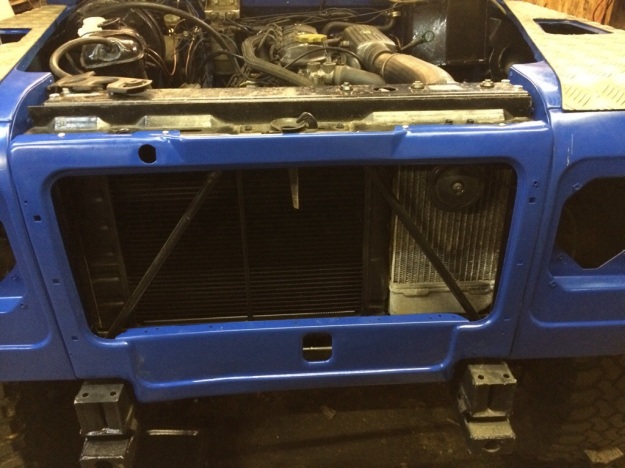 In the process of putting the off side rear wing in place we noticed a small drip of power steering fluid, so we tightened the pipe a bit more and a couple of minutes later the fluid was pouring out.

After a small amount of investigation we noticed a split in the metal hose, so a trip to the parts supplier resulted in the purchase of NTC8861 which is a hose from a 4 bolt power steering box instead of the 3 i have fitted.  Initially the new hose wouldn’t fit but after a small adaptation with a grinder the pipe fitted and refilled with no issues.

The photo below shows the new pipe fitted.

After putting time in over the week we feel we have made some big progress and hopefully carry on with the refitting of the doors and bonnet so will look even better then.

Well we rebuilt and returned the doors to the car today and it really looks like its getting there. 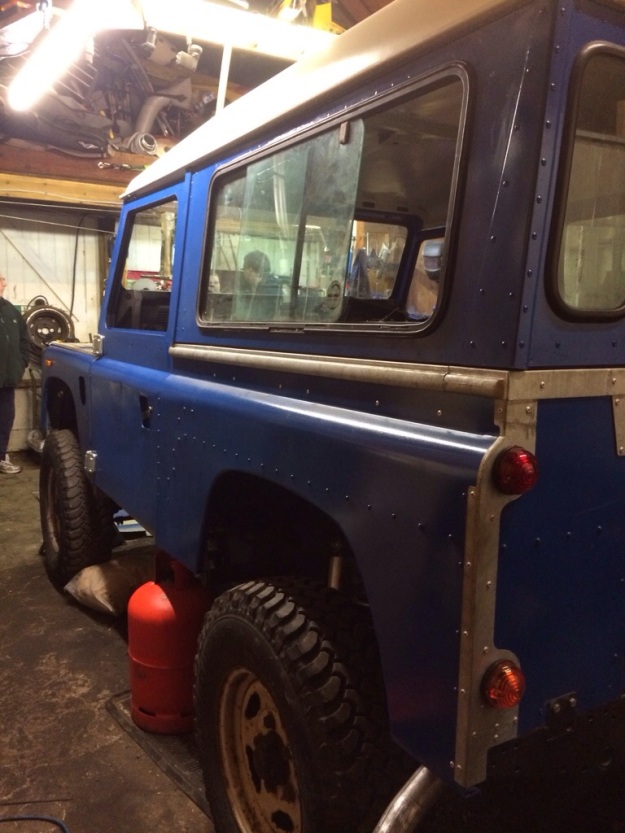 We also fitted the bonnet back on

Next up we are going to loosen everything up a bit and correct alignment, the tub is slightly wonky so the doors look out of line so we will correct this and hopefully realign right

Well after a couple of weeks work we have finished doing the metal repairs to the doors.

Where needed the doors have had the rusty frame cut out and replaced with home made sections.

The N/S door was in need of a lot of work we replaced almost half the frame.

The O/S door only required the bottom replacing

The Rear door was a little rusty plus also bent from a small collision a couple of years ago with a metal bollard.  The rear door also had its main skin replaced as it was in too bad a state and not too expensive to buy.

The front doors could do with new skins in time but the best price that we can find at the moment is £114 each, so it may be a plan in the future to make some ourselves.

Soon we will be prepping the doors for painting then can be taken to the car after being built up again.